Now more than ever, we live in a world where terrorism dominates our headlines — from biological attacks such as the Anthrax-based attacks on US politicians, to the infamous Lockerbie bombing on Pan Am Flight 103, which included 270 fatalities. But maliciously motivated attacks aside, the importance for ensuring that dangerous goods are detected and handled properly is an essential part of everyday business. There are, of course, cases where perfectly legitimate objects need to be handled (such as fireworks or military-grade weapons); in these cases, there is no excuse for anything but the utmost care and respect for the items being handled.

Dangerous goods training protects employees and the assets of the company, which is entrusting handlers to ensure the safe delivery of its items. A dangerous goods licence covers in detail all the important things that need to be known when handling dangerous goods. Understandably, there are many checks and balances to help ensure that known dangerous goods are handled appropriately; additionally, it is also important to know how to properly handle unflagged items which may be considered dangerous or unstable. For example, a dangerous goods licence can help its students understand hazards, but it will also teach the proper protocol to follow in order to nullify an unauthorized substance or device.

It doesn't matter where you are in the supply chain — each person has an important role to play in the safe and timely transfer (or rejection) of dangerous goods. Rejection is an important part of handling dangerous goods. Rejection need not just apply to unauthorized dangerous goods, either; they can also apply to pre-authorized dangerous goods. For example, a legitimate shipment of fireworks can be blocked if handlers have reason to believe the batch is faulty or has been tampered with. This takes on an additional level of importance when air travel is involved. Fire in the cargo hold can be catastrophic, with the total loss of the plane, cargo, and flight crew being almost certain during a cargo fire.

Cargo plane fires pose a serious risk because they are hard to detect and extinguish. Once they are detected, it can often be too late, especially if the plane is not within range of an airport. UPS Airlines Flight 6 was a cargo flight that suffered this exact fate. In October 2010, the FAA issued an alert after determining that the cargo on board Flight 6 had a large amount of lithium batteries.

It is best to be more aware of dangerous goods and know what to do when you come across something. 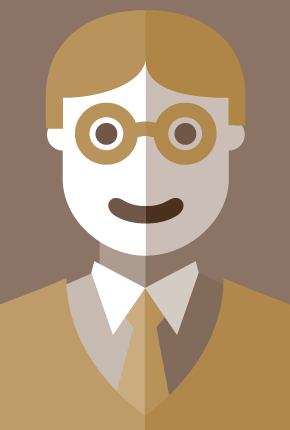 No matter what your age and experience, you can always learn about the different cultures that make up our world. Kids are often surprisingly thoughtful and open to learning about the different cultures and ways that people live around the world if they get the right background. This blog has tips on the best way to teach children of all ages about different cultures so that they can truly appreciate the diversity of modern Australian society. It should be a great resource for teachers, parents, and educators who want to introduce some more culturally diverse topics into their learning programmes.

Help Your Teenage Driver Practice in These Five Types of Confusing Intersections
25 September 2017
Teenagers often receive formal training from a paid driver's education service as well as plenty of informal practice with their parents. As a parent, …

A dangerous goods course is a small price to pay for safety
24 February 2017
Now more than ever, we live in a world where terrorism dominates our headlines — from biological attacks such as the Anthrax-based attacks on US polit …

Nannies Need Love; 3 Reasons Why Your Nanny Deserve Respect
30 December 2016
Your child deserve the best child care in their formative years for them to have the right upbringing. You just got your first job and pressure in off …